Our Story in Brief

Griselda and Nicolas are argentinean Tango Argentino dancers currently based in Berlin, Germany.

Their regular courses take place in Berlin and are frequently invited for workshops and shows both in Europe and Argentina.

Their intimate and passionate dance respects and re-interprets the inheritance of various traditions. They define ourselves as tango dancers “al piso”. 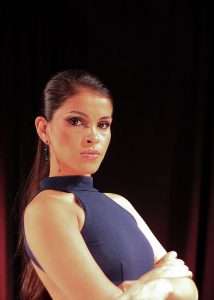 Griselda started dancing in 2006 in San Telmo, Bs As at “Las prácticas de Cochabamba”. She has studied with Silvio La Vía, Eduardo Pareja “Parejita”, Toto Faraldo, whom he assisted in his lessons; “Los Totis” and Natalia Games and Gabriel Angio.

Her tango had almost exclusively taken place at the milongas of Bs As before moving in to Berlin. In the last years, she has taught and performed in Argentina, Germany, Italy, the UK, Poland and the Czeck Republic.

Griselda possesses a unique musical taste and a profound and gentle embrace, two defining features of a “true milonguera”. She now resides and works in Berlin. 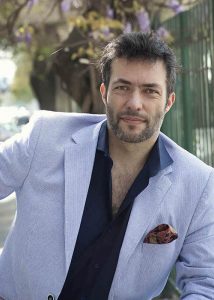 Nicolás dances tango since 1994 and works as a dancer since 1998. He has taken part in theatre shows, musicals and plays with artists such as Juan Carlos Copes, Raúl Lavié, Julián Plaza, Daniel Binelli, Hugo Marcel, Guillermo Fernández, Osvaldo “Marinero” Montes and Claudio Garcia Satur, among many others.

He has performed for presidents, government officers, ambassadors and celebrities from the fields of business, politics and the arts. His has performed and taught in Argentina, Germany, the UK, Switzerland, Italy, France, Spain, Romania, Poland,  the Czeck Republic, Tunisia, China, The Philippines and South Korea.

Since 2003 he produces theatre plays and concerts and directs tango musicals. In 2004 he creates the company Estampas de Tango. In 2007 he is a finalist in Bs. As. World Tango Championship, Salón Category.